With the launch of Calgary’s new Bus Rapid Transit (BRT), I experimented with designing an interactive transit map to visualize the new system. The challenge involved creating an accessible, intuitive map where a user could quickly see the new routes and explore connections.

Through this exercise, I explored a little about User Experience (UX) Design. UX is defined as a person’s perception and response that results from the use or anticipated use of a product, system or service (wikipedia).

The basis of designing the map involved understanding the concept of user interaction. Interaction requires the user to employ perceptual, motor or cognitive abilities as they view manipulate and interpret an interactive map (GISTBOK). You can’t discuss UX design or interactions without bringing up Dan Norman’s The Design of Everyday Things. Norman describes an interaction by seven discrete stages (source: GISTBOK): 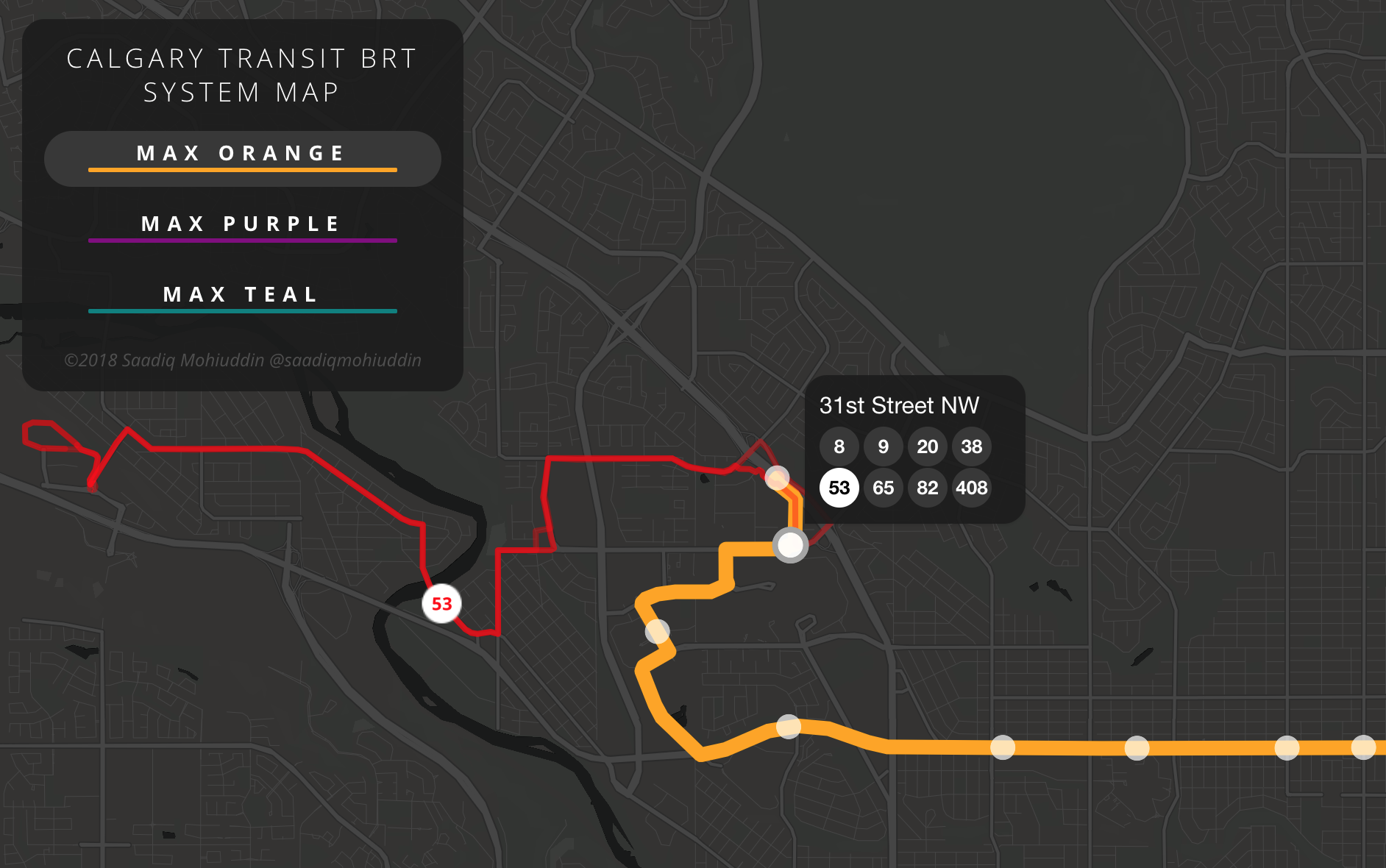 I used Mapbox and React to bring the all the concepts together for this project. In terms of fast prototyping, both Mapbox and React are excellent tools. The concept of signifiers and feedback were the most important elements in the interface design. Without cluttering the design and interface, I wanted to create simple signifiers, leading users to click on BRT lines to display the stops. Minimal information is displayed on the map until the user executes a function, after which the map changes state and loads new features (such as stops). The connecting bus stops are shown when a user mouses over the BRT stop and rollover states change when a user mouses over each connecting stop.

The feedback on the state changes are achieved by using auto zoom and pan feature that focuses the user on the highlighted bus route. The user can then perceive the new map feature and evaluate the map representation.

You can find the map here and the github repo here.